Every cell has a sex

Dr. Paula Johnson deserves the credit for the National Institute of Health’s 2015 directive that female subjects must be included in early stages of drug research. It seems such an obvious, common-sense concept that it shouldn’t have taken 128 years since the founding of the NIH in 1887 for such inclusion to become reality.

Every Cell has a Sex captures the enormous differences in women’s and men’s basic biology. At the organ level, at the hormone level, down deep to the cellular level, male and female biologies are disparate. The variations in disease symptoms, etiologies and future treatments are just being discovered. Dr. Johnson is leading the charge to break open medicine and treatment based on gender. She and her colleagues including Connors Center Director of Research Dr. Jill Goldstein, predict that within a decade or so, men’s and women’s drug dosing and even prescribed drugs may be different for the same disease or symptoms. This will benefit everyone, since clinical trials for new drugs may be more accurate and less expensive when research subjects are categorized by gender and race. Personalized medicine, here we come charging hard.

There are important differences in the ways men and women experience and present disease.

This gender-based approach is bearing fruit. In a recent clinical trial of a new drug for lung cancer, researchers found that 80% of those whose tumors shrunk were women. They found that the genetic mutations targeted by the drug were more prevalent in women.

She has also identified interconnectedness between the neural system and the cardiovascular system. For example, pre-eclampsia is a condition that produces dangerous high blood pressure in 5% of pregnancies, and is the leading killer of women and babies in the developing world. Dr. Goldstein notes that even after the pre-eclampsia resolves after the pregnancy ends, these women retain a three to five fold increase in cardiovascular disease risk. The mechanism is not defined, but one hypothesis is that molecules associated with inflammation cross the blood-brain barrier during the condition, and affect areas of the brain that increase later cardiovascular risk.

I am proud to be on the Connors Center Board of Advocates, and a supporter of the Center and its work. This research is one of the most important game-changers for medicine in the 21st century. I expect it will fundamentally change treatment for women—shine a bright light on women’s biology, women’s disease, women’s treatments. 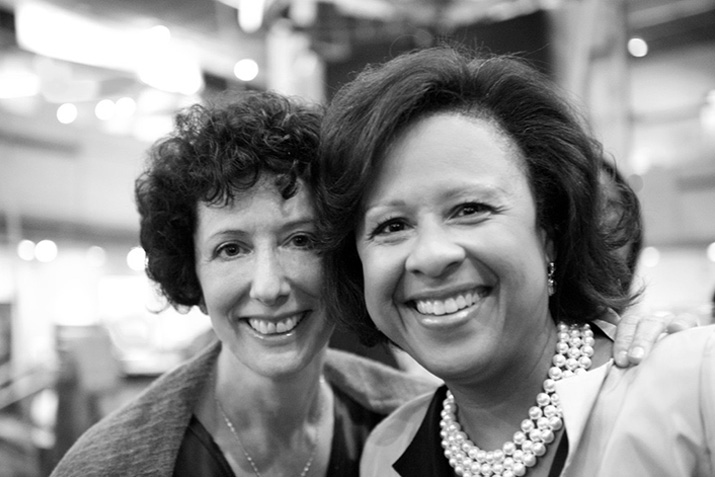